Five and a half years ago, a fledgling Cherrie Civil was awarded its first projects. They proved to be a springboard that launched the business on a trajectory of success that continues today.
In this article, we look at the first five years of Cherrie Civil Engineering, the secrets of its success, and ask, ‘Where to from here?

Cherrie Civil Engineering’s Managing Director, Stephen Cherrie, clearly remembers the phone calls that delivered not one, but two bits of good news on 25 May 2015.

“I couldn’t believe it,” says Cherrie.

“We founded the business in January 2015, and on 24 May we had nothing on the books. Then, a day later, we were awarded two projects worth $14 million. It was a brilliant moment in time.

“We knew our business vision was right, and our hard work was paying off. I couldn’t wait to tell the team.”

Those two launch projects were the Northern Beaches Hospital bulk earthworks, and the first stages of a residential subdivision in Wyong on the New South Wales Central Coast.

“Knowing that our client on the Northern Beaches Hospital project, CPB Contractors, trusted us to deliver bulk excavations worth $10 million, and that suppliers were willing to extend credit from the outset, was a humbling but fantastic feeling,” Cherrie says.

A bottle of good Champagne was opened that night to celebrate, but the next morning the team was straight to work.

Cherrie Civil delivered both of those projects on time, laying the foundation of the company’s reputation for safety, on-time delivery, innovation and problem solving—something it’s recognised for to this very day.

“Getting through that first year of business, and successfully delivering both of those projects was a massive achievement for us. We’re really proud of that,” says Cherrie.

Since that time, Cherrie Civil has completed complex and challenging projects, ranging between $300,000 and $30 million, with notable examples being their work at North Shore Health Hub in St Leonards, and Westmead Hospital. It has grown from 3 to 45 team members.

“Our vision from day one was steady growth. But if you’d suggested back then that this is where Cherrie Civil would be today, I would have laughed at you. It is amazing to think we now have 45 brilliant employees who genuinely care for each other,” says Cherrie.

Every Cherrie Civil project has had its challenges—it’s the nature of the civil industry—and the Cherrie team is known for its technical engineering solutions to those challenges.

“When we’re up against it, the Cherrie Civil team always delivers for its clients,” says Cherrie. 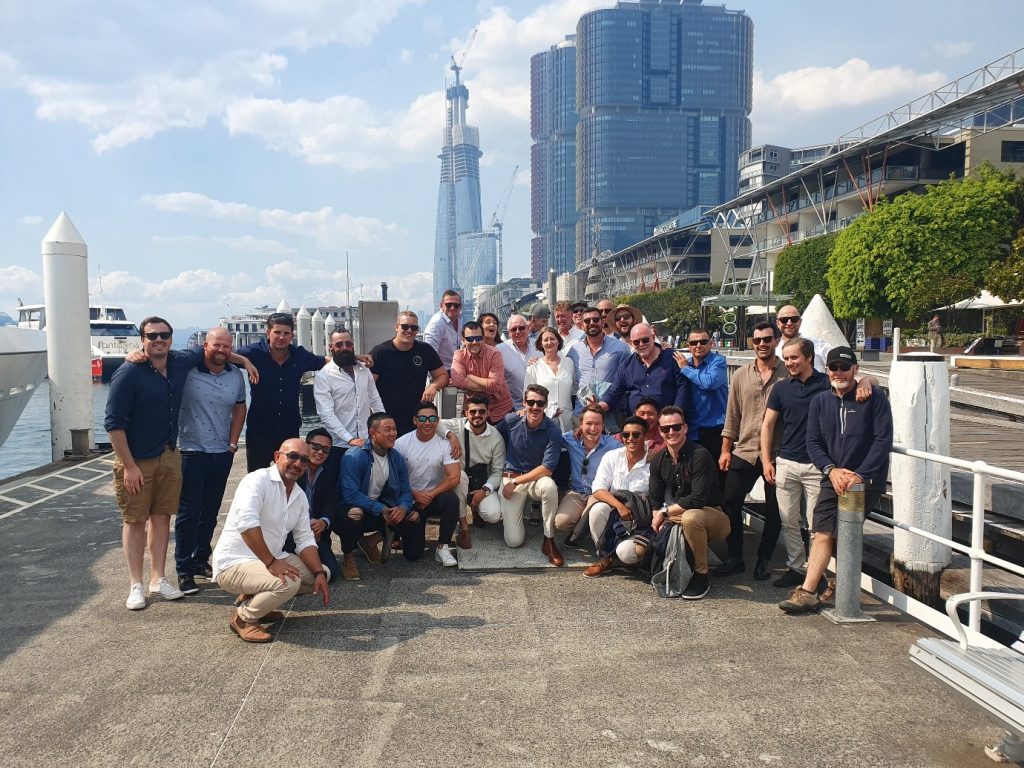 The secrets of the company’s success?

Guided by the shared vision and experienced hands of its leadership team, Cherrie Civil’s managers, engineers, fsupervisors, office staff, labourers and machine operators take genuine pride in their contributions to some of Greater Sydney’s most important pieces of infrastructure.

“They are a remarkable group of people who really know their stuff. Without them, Cherrie Civil simply wouldn’t exist,” says Stephen Cherrie.

The personal and professional connections within the Cherrie Civil team, and those it holds with subcontractors, suppliers and stakeholders, make a real difference. However, its clients have really supported Cherrie Civil and without those loyal relationships, Cherrie Civil wouldn’t have got past the first year of business.

“Those relationships take work, and we take none of them for granted.”

“We love supporting people, groups and charities as well as working on community projects like Glenhaven Church where we assisted a local church. We absolutely believe it’s essential that we back our staff and support their interests outside of work,” says Cherrie.

The next five years

From day one, Cherrie Civil’s growth strategy was built around steady and sustainable growth, and the desire to enjoy the meaningful work the company undertakes.

“That’s still the case now, and will be for the next five years,” says Cherrie.

“The industry will undoubtedly change and evolve as it always has, but the opportunities will always be there for companies who value relationships, safety and on-time delivery. That’s what we aim to do on every project,” he adds.

With determination and smarts, the Cherrie Civil team will enjoy many more years of success and steady growth, celebrating their accomplishments with the family barbecues, Christmas parties, conferences, team building and social events that have bound them together from the beginning.